Use Intent in Social Media

05 Jul Use Intent in Social Media 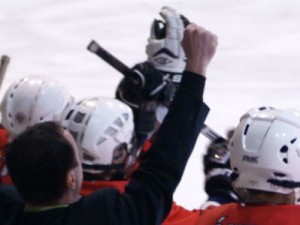 Selling your brand through the Internet is a challenge that has changed in many ways over the years. It used to simply be a matter of creating an eye-catching image that provided a click-through link to the official website. All in all, it wasn’t terribly different from a catchy television ad or a slick magazine review. It was only once social media became an Internet powerhouse that all of that changed. Suddenly, it’s all about being an active part of the online community, generating constantly updating content, and hoping to go viral.

Many online ventures, both ad campaigns and entire brands, have failed due to a lack of clear intent. Putting together an entertaining social media marketing campaign doesn’t amount to much without a clearly defined goal to aim toward. For instance, some might remember the brief competition between Twitter and FriendFeed to dominate the market for concise quips between friends. Unfortunately for FriendFeed, they didn’t consider that context plays a vital role in generating conversations between contacts. Where Twitter was a self-contained conversational tool, FriendFeed relied on aggregating content from outside sources and failed to ignite user interest.

Finding something that both resonates with potential customers and provides a way to generate revenue for the brand is the key to defining intent. Take the Dove Evolution campaign as one of the top positive social marketing examples. It was launched through YouTube as part of their Campaign For Real Beauty. The intent was not merely for the campaign to serve as product placement, but to ignite customer interest and generate media space for its parent company, Unilever.

That is where key performance indicators (KPIs) became large factors for measuring the success of the intent. How many views did the video generate, how much measurable profit was gained, and at what precise cost to the company? In this particular example, the results were fantastic. The original production costs for the video totalled $50,000, not unlike most inexpensive commercials. However, when the statistics were measured one year after the video’s original online appearance, views had topped over 12 million. An estimated $150 million were generated in media space and Unilever reported that overall sales rose 5.8% after the release of the video. Overall, a huge success by any perspective.

Unilever achieved such dizzying advertising heights because their intent was clear and measurably successful. Without employing KPIs to track the momentum generated by their marketing campaign, they would have lacked the information to follow through with customers and respond to the flow of media traffic. Just as in Unilever’s example, any brand marketing through the social sphere must stay grounded with clearly outlined goals and ways to measure progress.

Going viral might seem like a cacophony of Internet buzz, but beneath the surface it must be controlled chaos to find true success. While your brand’s social media campaign is still in its infancy, take the time to research other ventures’ successes and failures to learn from their examples. By tailoring your goals to meet realistic expectations, you will know how to budget best, where to advertise, and what electrifies your customer base the most. It could be the most important investment your brand will ever make.