The One Year Anniversary Of Steve Jobs Passing

09 Oct The One Year Anniversary Of Steve Jobs Passing 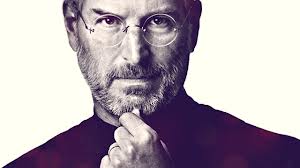 This past week – as most are – was an interesting one in mobile. No story, however, deserves this weeks post like remember the late great tech visionary Steve Jobs. You see 4 days ago, on October 5th, was the one year anniversary of the death of the former Apple CEO. Among all the lessons he taught us all about following your dreams, one of the best was “stay young, stay foolish”. As I am sure many of you can name your own favorite quotes, what I am going to do, in memory of Steve, is compile a list of some of his most famous quotes for you to peruse and enjoy.

“Be a yardstick of quality. Some people aren’t used to an environment where excellence is expected.”

“A lot of companies have chosen to downsize, and maybe that was the right thing for them. We chose a different path. Our belief was that if we kept putting great products in front of customers, they would continue to open their wallets.”

“You can’t just ask customers what they want and then try to give that to them. By the time you get it built, they’ll want something new.”

“Innovation distinguishes between a leader and a follower.”

“Being the richest man in the cemetery doesn’t matter to me. Going to bed at night saying we’ve done something wonderful, that’s what matters to me.”

“Sometimes when you innovate, you make mistakes. It is best to admit them quickly, and get on with improving your other innovations.”

your friends at Spark Boutik