There is no question that the late Steve Jobs lived a rich and unique life. He revolutionized not one, but several industries, including: computing, telecommunications, music and movies. Jobs’ remarkable years illustrate some major life lessons from which we can all learn, particularly when it comes...

Madonna: a 50-something American record-breaking pop artist. You’ve definitely heard of her before, but what does she have to do with digital marketing and ideation? Well, once you move beyond all the leather, lace and puffy white wedding dresses, there is actually a lot to learn... 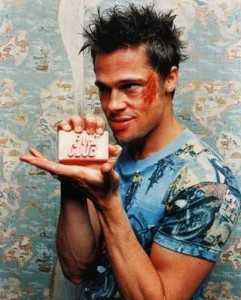 Everyone has seen Fight Club, right? It’s an amazing movie in almost every sense of the word. It’s clever, it’s funny and it’s thought provoking. If you haven’t seen it yet, go watch it on Netflix and then come right back (we’ll wait). Surprisingly, there is a lot you can learn about marketing from a movie about an underground fighting club. We’re going to run through some of the biggest takeaways from this movie. So, settle in because we are Jack’s social marketing genius.

“Fight Club was the beginning. Now it’s moved out of the basement. It’s called Project Mayhem.”

“This is your life and it’s ending one minute at a time.”

Life is short, so it’s alright to be in a bit of a hurry. Test your theories to find out what works and what doesn’t. Iterate to make your strategies better. Change the order of the words to make the messaging perfect. Act and fail quickly if you want to truly succeed.
Read More