We’ve been waiting for it, now its happening. Snapchat is now going to become more ad-friendly to help support larger brands. Later this month Snapchat will be introducing sponsored lenses which will interrupt your stream of selfies to bring you some new and hopefully more creative lenses. This feature is being released just in time for Halloween, which without a doubt is the best time of year if your target market is users taking selfies and wanting to add gruesome effects to the image before it is sent off to their friend list. 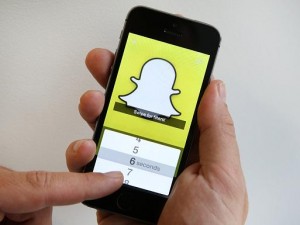 How is this going to look to the average Snapchat user? We all experienced the endless selfies with rainbows pouring out of their mouths. Well, it will be like that. Kind of. The next time you will see something new like this, it could be an advertisement. Since this update is going to be release just in time for Halloween, it’s safe to say the first set of sponsored lenses could be movie related. The user will have the option to add some gore to their picture, but there will also be a logo for a movie attached to it. The logo will be prominent, but if the lenses they are providing is interesting enough will it really matter? ABC and the Walking Dead do an app like this for the show and I see those images being spread around social media like wildfire.

What does this mean for brands looking to advertise? Not much for the first while. It is going to cost a lot of coin for a brand to sponsor the Snapchat community’s selfies. It is going to be exclusive to the top brands with top advertisement dollars to spend. It appears Snapchat is going after the exclusivity aspect in their advertising. Large brands will have a chance to utilize this feature, leaving very little room for any other companies. According to the Financial Times, to sponsor a lens it will cost $450,000 for one “normal day” and upwards of 750,000 on a “peak day”. A peak day would be a day where Snapchat users are more likely to be using the app (holidays). According to the Financial Times, brands are already signing up their advertising dollars in the “10 million dollars and up mark”. A little steep for 95% of the companies out there looking to sponsor a lens.

How should we feel about it? From a potential advertiser point of view, unless you are one of the bigger brands looking to compete, it shouldn’t be too much of a worry. Keep at all of the hard work along with the advertising on other social media platforms. This is only the first roll out for sponsored lenses for Snapchat and they might change this up in the future. As for a user, I would be excited about this. Sponsored lenses means there will be more features for your selfies to a friend. Having a logo to a movie or a product on it somewhere won’t interrupt your Snapchat’s too much.

We look forward to seeing how this new advertising endeavor plays out for Snapchat, as a user though, we can’t wait to see how in depth these sponsored lenses are going to get!