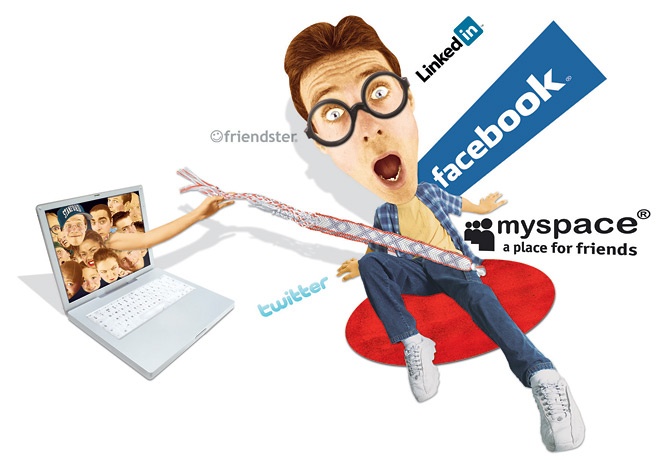 Human kind is driven by some unseen desire to order the world. Civilizations create laws, draw borders, and mark the days as they pass. So too do they attempt to make sense of shifting cultural changes through the labeling of generations. As each generation reaches maturity they exert a powerful force on our culture and economy. Today the most famous of the American generations (the baby boomers) are beginning to reach retirement, and their children (generation Y) are beginning to flex their muscles. Knowing the values and habits of this new generation is important for both current and future businesses, as they are the next big wave of consumers, and what you need to know about Generation Y has everything to do with the internet.

In the past businesses hawked their wares through a combination of print, television, and radio ads. This model was successful in part because previous generations spent significant time consuming these forms of media. Generation Y on the other hand values these outlets much less than their older counterparts. Instead, younger individuals tend to spend a large part of their free time browsing the internet. Although older generations have also embraced this new comer, none have done with quite the gusto of generation Y. In addition to the cannibalization of free time, the internet has also begun to assimilate other forms of media. First came the radio, today internet radio stations are available free of charge through hundreds of websites. Then came television; many stations (both broadcast and cable) stream programs over the web. Now it appears that print is falling as well. Amazon’s launch of the kindle, and newspapers’ reliance on websites and tablets appear to be a death knell for the oldest form of media.

Advertising in internet versions of tradition media is a simple transition; ads can be placed in digital video and audio streams just as easily as they can in traditional analog streams. The real key though, to taking advantage of generation Y’s fondness for the internet is through social marketing. The basic idea behind social marketing is simple: people are more likely to purchase products that their friends recommend. In the past this was done via word of mouth, but was in reality difficult to achieve. Today, with the popularity of email and social networking, it is easier than it has ever been. That is because this phenomenon applies to indirect marketing as well as direct marketing; an individual is more likely to watch an advertisement, or buy a product, even if their friend simply tells them to watch a commercial for that product.

One of the best ways to accomplish this goal is through social media. These can include videos, pictures, and games; essentially anything that is entertaining. Once the media is available online people will begin to consume it, and then send it to their friends, via instant messaging, email, or social networking. The way to reach generation Y is through social marketing, as a business you should make sure you have a viable social media strategy, or risk being left behind by this new generation.

So as Generation Y has grown up with the social media enabling technologies and have year-over-year created newer, faster and even more easier and exciting platforms, where does that leave the next generation? Can they keep up?