Cards Against Humanity Made $70K Selling Nothing on Black Friday 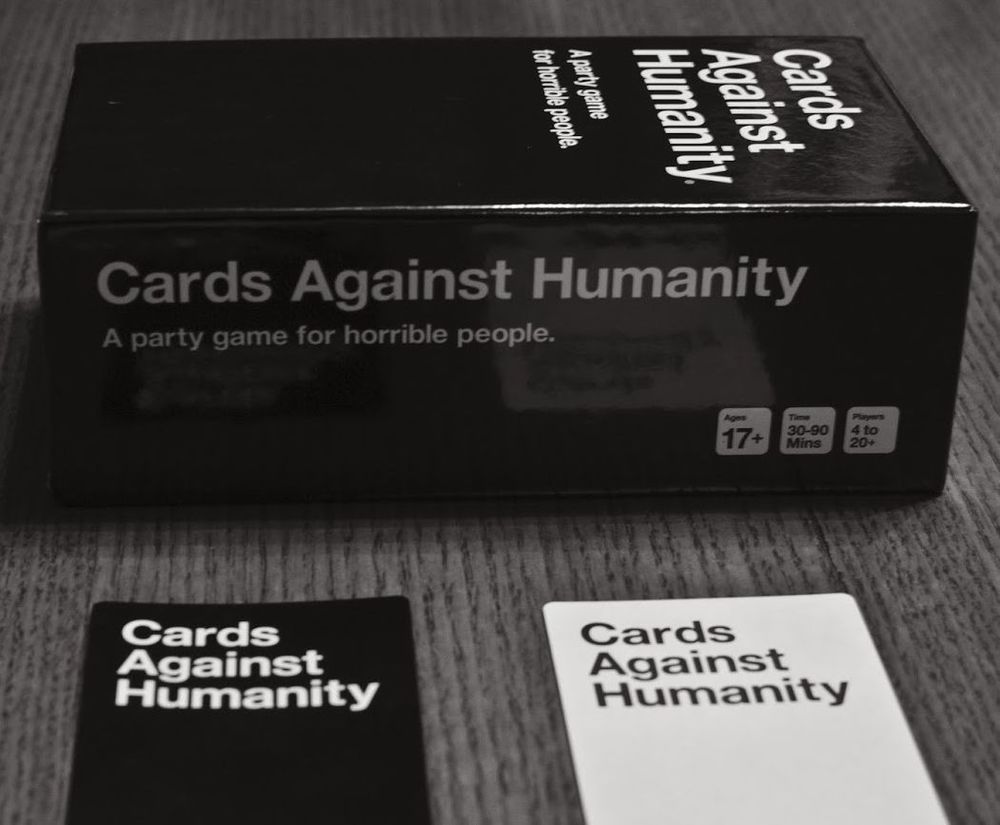 Cards Against Humanity is a party game for “horrible people”. I’m sure most have at least heard of this game and if you haven’t you should probably find someone who has it and play it over a few drinks this weekend. What they did on Black Friday is shocking. They made over $70k selling absolutely nothing.

People went crazy with this and started buying $5, $10 and even $20 and got back nothing for it. It was not a scam. The customers were well aware of what they were getting with their money. There was also no indication what was going to be done with the money that was handed over to Cards Against Humanity. No charities where mentioned. They weren’t pulling at heart strings for donations. 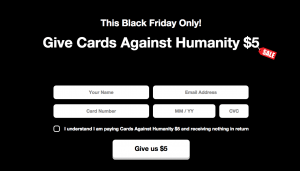 We would love to be behind the A/B testing for the call to actions for this campaign. The form was so stupidly simple asking users for their name, credit card number and asking them to check a box indicating they knew they were getting nothing in return.

By noon on Friday they had already made $21,000 selling their “promotion” of nothing. When all was said and done, the total of this quirky promotion was $71,145.

Max Temkin got his wish of $2,500 which in his mind was enough money to make this joke of a shopping holiday campaign funny and thousands more. Using just the brand power of Cards Against Humanity and some marketing dollars Max was able to have a little chuckle at this crazy phenomenon in the United States.

Now, as we suspected Cards Against Humanity is donated the money from the sale of nothing to many worthy causes and at the end of the day it was overall a great experience for anyone following this marketing genius. Putting on my digital marketing hat, I have to wonder how much was spent on paid advertising for this campaign. Also, how many of the people who bought nothing is complaining. They may not have paid attention to the box they checked to confirm they knew they were buying nothing. They may have thought they were getting a deal on Black Friday of receiving the game for only $5.

Did you give to Cards Against Humanity? Would you have?